The number of middle-aged and elderly people suffering shingles has increased in recent days, according to medical experts.

Doctors say that with autumn near, an immune system focused on a fighting a cold can trigger an attack of shingles.

Vaccination is an effective measure for shingles prevention and control.

The shingles vaccine, which was just approved in China last year, is available for people aged 50 and older.

Shingles is caused by the varicella zoster virus, the same virus that causes chickenpox. In China, there are 1.56 million cases of singles among people aged 50 and above each year.

Even after a person recovers from chickenpox, the virus stays inactive in the body and can be reactivated years later, causing shingles. The elderly, women and those with low immunity are more vulnerable to the disease, which can cause acute pain.

“Research found over 90 percent of people over 50 years old have the virus in their body and nearly one-third can develop the disease,” said Dr Chen Demei from Shanghai Ren’ai Hospital.

“The older the age, the more serious the condition and the slower the recovery. As elderly people have underlying diseases like hypertension and diabetes, pain caused by shingles can lead to more serious complications and even death.

“The current treatments can only shorten the duration and lessen symptoms of shingles. So prevention is more meaningful than treatment.

“The vaccine, which needs two shots, has a 97 percent protection effect after inoculation. The effects drop to 85 percent four years later. For those who have had the disease, the vaccine is also useful to prevent relapse.” 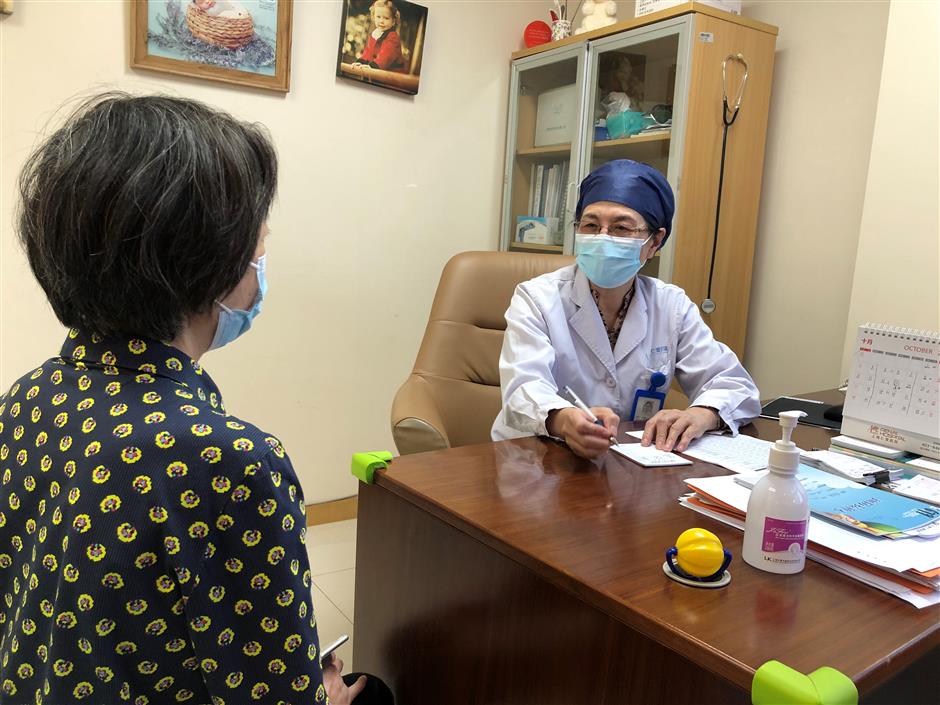 Dr Chen Demei, from Shanghai Ren’ai Hospital, consults with an elderly woman about the shingles vaccine.

Diabetes 101: 13 Foods That Are Great To Control Diabetes

Diabetes 101: 13 Foods That Are Great To Control Diabetes

Authors of Barrington Declaration Speak Out

A guide for good glycemic care- The New Indian Express