Vertex Pharmaceuticals‘ (NASDAQ:VRTX) woes began about a year ago when it announced the failure of an alpha-1 antitrypsin deficiency (AATD) candidate in clinical trials. A second candidate for the liver and lung disorder failed several months later. Since that first problem, Vertex shares have dropped 33%. Vertex boasts a billion-dollar cystic fibrosis (CF) business. But investors worry the company is struggling to grow beyond CF.

This week, however, Vertex announced good news — positive data in a clinical trial for type 1 diabetes (T1D). But the stock hardly reacted, slipping 0.6% in the trading session. Were investors right to ignore the news? Or are they missing something big? Let’s take a closer look. 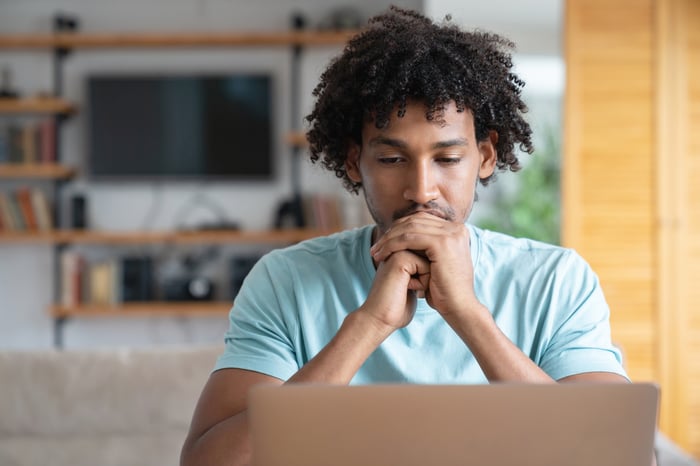 Even stronger than Trikafta

First, a little background on Vertex. The company sells four CF treatments, including blockbuster Trikafta. Trikafta has the potential to treat more than 90% of people with CF. And Vertex is about to start a phase 3 trial of a new candidate that’s showing even better results than Trikafta. Vertex has predicted it will remain the global CF market leader until at least the late 2030s.

Vertex has five non-CF candidates in clinical trials. And the company has $6.71 billion in cash and equivalents — this leaves the door open to buying an advanced-stage program at some point.

Still, Vertex hasn’t won over investors since the AATD failure. Many have been looking for concrete evidence that Vertex can indeed develop a strong business beyond that of CF.

Now, let’s consider this week’s news. Vertex announced positive 90-day data from the first patient in a trial of its T1D candidate. VX-880 is a stem-cell derived candidate designed to reestablish the body’s ability to manage glucose levels and produce insulin. It does this by restoring the function of pancreatic islet cells.

In the trial, the patient was given half of the target dose by infusion along with an immunosuppressive treatment. The results showed the restoration of islet cell function — and glucose-responsive insulin production. A key thing to note is the candidate achieved this result at a low dose.

Now, Vertex will continue this phase 1/2 trial. And it aims to launch trials of an encapsulated islet cell candidate next year. The goal of this program would be to eliminate the need for immunosuppression.

A long road ahead

All of this sounds very positive. So why didn’t Vertex shares soar on the news? It’s important to remember the trial still is early stage — and the data referred to only one patient. Vertex has a long road ahead to prove that its treatment candidate is safe and efficacious enough to win regulatory approval.

But this is the situation of every biotech company as it brings candidates through clinical trials. And all of Vertex’s programs outside of CF are in phase 2 development or earlier. So, investors will have to be patient. If Vertex doesn’t acquire a late-stage program, its ability to generate revenue outside of CF remains a few years away.

In my opinion, it’s worth the wait. If all goes smoothly, Vertex’s T1D treatment could be big. T1D is a serious, lifelong illness: For many, the inability to manage glucose levels eventually leads to kidney disease, eye disease, and other complications. Right now, patients manage their T1D with insulin therapy. But an approved treatment that actually restores the body’s ability to produce insulin doesn’t exist. About 1.6 million Americans have been diagnosed with T1D, according to the American Diabetes Association.

Billions in CF revenue and profit

Meanwhile, Vertex continues to generate billions from its CF therapies. In the most recent quarter, Vertex reported $1.79 billion in product revenue. Annual revenue and profit generally have been on the rise since 2015. 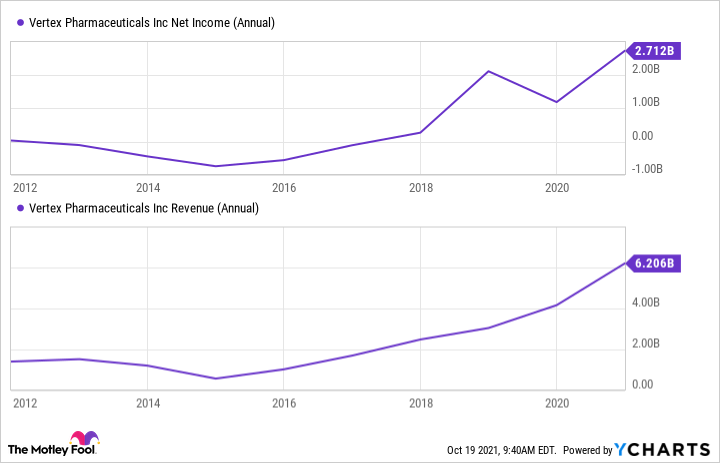 And the company trades at less than 15 times forward earnings estimates.

In fact, right now, Vertex shares trade only a few dollars above Wall Street’s very lowest 12-month share price forecast. They could gain more than 40% in the next 12 months if Wall Street’s average forecast is correct.

But even if the market doesn’t reward Vertex that soon — or on positive reports of early stage data — that’s OK. If Vertex is successful with even one of its pipeline candidates and maintains leadership in CF, rewards down the road could be great.

This article represents the opinion of the writer, who may disagree with the “official” recommendation position of a Motley Fool premium advisory service. We’re motley! Questioning an investing thesis — even one of our own — helps us all think critically about investing and make decisions that help us become smarter, happier, and richer.

Losing Weight Has This Surprising Effect on Your Appetite, Says New Study — Eat This Not That

Losing Weight Has This Surprising Effect on Your Appetite, Says New Study — Eat This Not That

Gibson Area Hospital providing support for those dealing with diabetes

Keep an eye on your eyes – Sponsored Stories News